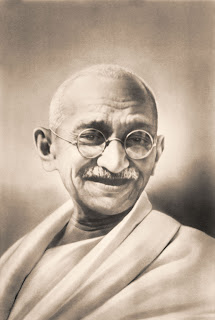 Foreigners at a rally in Ajmer in to save the Pushkar lake from pollution
The Wall Street whirlpool has sucked in Rajasthan’s flourishing tourism industry with the immediate victim being the Pushkar fair usually graced by visitors from all over the US and Europe.
Tour operators said 40 per cent of the advance bookings for the fair, to be held from November 5-13, had been cancelled, something that has never happened before, leaving the industry shell-shocked.
Tour Operators, said: “The Pushkar fair has been a major casualty of the meltdown this year. At least 40 per cent cancellations have been recorded, mostly from the US and Europe.
“Overall in the state, we do not have many bookings for November and hardly any for January 2009 when the peak season starts. There are anxious queries among foreign travellers as they face the reality of a credit crunch and rising debt and delinquency.”
forecast for the tourist season, which usually starts around Christmas and goes on till March, looked bleak at present.
“Hotels are offering special discounts but are not ready to make it public, preferring to do it on a one-to-one basis with the client,”
The hospitality industry, which banks on the peak season, has begun feeling the heat. The owner of the five-star Clarks Amer in Jaipur, said: “October has not been too bad but November onwards, things would definitely not be as good as last year. No major cancellations, but bookings for the future have been bleak till now.”
Tourism executives also fear the serial blasts in Jaipur, Ahmedabad, Bangalore, Delhi and Guwahati this year would have had an impact on foreign tourists, especially those from the US and Europe who have not witnessed any terrorist act since the 9/11 blasts and the July 2007 London bombings।
मूमल विचार
राजस्थान टूरिस्म को अब अपने पुराने तरीके बदलने चाहिए।
प्रस्तुतकर्ता moomal पर 12:11 am कोई टिप्पणी नहीं:

Munch's Vampire bucked the trend by selling for $38.1m (£24.2m) on Monday
Works of Impressionist and Modern art have again struggled at auction in New York, with nearly half of pieces at a Christie's sale going unsold.
Some 46% of 82 works on sale at Thursday's auction - including two Picassos - were not sold. The auction fell $100m (£63.4m) short of estimates.
Two other auctions in the city this week have suggested that modern art is being hit by the financial downturn.
A third of 128 lots across two separate auctions on Wednesday failed to sell.
'Reduced level'
Christie's honorary chairman Christopher Burge said that the millions of dollars still taken in "this climate of financial turmoil" suggested "there is still a great deal of money left for the art market".
But he said the outcome of Thursday's auction was "obviously a reduced level and we have to recognise that".

moomal
I am "MOOMAL". Working for Save Art.Craft, Culture and Tourirm. So working for Wellfare of Craftmen and tourist at Rajasthan, sins 2005. MOOMAL is happy to provide a platform by GOOGLE blogspot for commenting and discussion. Please respect and abide by the bloggers rules: Keep it clean, keep it civil, keep it truthful, stay on topic, be responsible, share your knowledge and please suggest removal of comments that violate these standards.